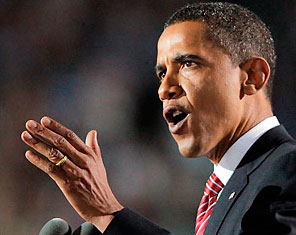 Change has come to Washington, to our nation and to ID management. An Obama administration is different than any other administration we’ve ever seen. Not just because Barak Obama is the first African-American to be elected President by the people of our country, but because he is truly the first Digital President. He is a Blackberry toting innovation lover who mobilized national support through Web 2.0 applications.

While the technology boom and bust of the late ‘90s was a novel introduction to the wonder of 1’s and 0’s, it was a mere taste of the gains in efficiency, cost savings and innovation that the Internet age has enabled. Our ability to work remotely, engage in e-commerce transactions and gain access to information increased as innovation flourished throughout the ‘90s.

Now in 2009, President Obama ushers in the era of Web 2.0 as a viable tool for government and citizens, creating solutions that enable collaborative work, information sharing and enhanced creative two-way communications. For the continued success of all these advances which rely on trust, users must be able to verify with whom they are working and communicating.

President Obama understands that in order for America to remain competitive, we need to play to our strengths – technology innovation. Our economy, even in a weakened state, enables the American sprit to do what it does best: solve problems to make lives better. We are constantly looking for solutions and new ideas.

President Obama knows that innovation in technology is one of our greatest national strengths; one that was sorely under appreciated in the last eight years to solve problems, create efficiencies and enhance work within government. It is for this reason that in the Obama Administration we should expect change – change of government’s view of IT within the work place, change of IT policy, change in the way cyber security solutions are implemented, and change that embraces solutions that enable security and privacy protections at the same time.

The Obama team provides important insight into the direction of many of the important policy questions ahead. Julius Genachowski is expected to become chief of the Federal Communications Commission. Genachowski served as top campaign advisor to Obama and put together his technology and innovation platform, and comes from a venture capital and technology company background. The FCC, under Genachowski, will oversee the rollout of broadband policy, the digital television transition and spectrum reallocation. All areas are critical to expanding technology access to all Americans.

Obama is the first President to call for a Chief Technology Officer in the White House. It is anticipated that this person would be responsible for ensuring that our government and all its agencies have the appropriate infrastructure, policies and services for the 21st century. The CTO will ensure the safety of our networks and will lead an interagency effort, working with chief technology and chief information officers of each of the federal agencies, to promote best-in-class technologies and share best practices. While there is no formal nomination for this position yet, it will be important to note the budget authority the position holds.

Arizona Governor Janet Napolitano has been tapped to head up the Department of Homeland Security. Napolitano has a reputation as a no-nonsense leader who has already dealt first hand with problems along the US-Mexico border.

She rejected REAL ID in Arizona as being too costly, and in her Senate confirmation hearing noted that REAL ID should be revisited. However, Napolitano did embrace the Enhanced Driver License for frequent border crossers during her term as governor. Overall we should expect a review and consideration of all homeland security programs. Privacy groups continue to ask questions about many of the DHS identity programs including both REAL ID and EDL. Under Secretary Napolitano those concerns will need to be heard and addressed.

Putting Your Money Where Your Mouth Is

If there is doubt about the commitment to technology and innovation, just look at the stimulus package making its way through Congress. Many of the Obama Administration priorities detailed in the package include federal funding for innovation at key research agencies such as the Department of Energy’s Office of Science, the National Institute of Science and Technology, and the National Science Foundation.

Grants, loan guarantees and tax credits for broadband deployment to underserved areas top the list of priorities, along with the transition to Smart Grid technologies and electronic medical records through funding an ambitious health IT program.

The largest and most immediate area for change within the government is the health care market. As part of the stimulus package the Obama Administration and Congress are prepared to spend close to $20 billion on the implementation of Health IT solutions. The Department of Health & Human Services Secretary and National Coordinator would oversee those funds for Health Information Technology that could define a transformative area for this administration.

For identity solutions providers, the Health IT stimulus provisions potentially offer the most significant new opportunity within the government market. The current House version of the legislation creates the position of the National Coordinator of Health Information, giving that position the responsibility to plan the appropriate authorization and electronic authentication of health information, as well as specifying technologies or methodologies for rendering health information unusable, unreadable or indecipherable.

ID security and privacy concerns are paramount – and the most controversial aspect of the plan – as the legislation intends to move every hospital, medical practice and doctor’s office into the information age. (RE:ID went to press in mid-February when the stimulus bill was still in the U.S. Senate.)

As the new Administration begins to fill out the staff with political appointments, expect a commitment to efficiency, innovation and transparency. Also, expect that security and privacy will be considered as a necessary element of any technology solution.

It’s evident the new Administration is attempting to form a government set apart from the past by focusing on strengthening our nation through the advancement of technology.