Dr. Dana Michalski was looking for work in research as she pursued her degree in behavioral science and psychology. She found a job at Australia’s Defence Science and Technology Organisation as it was then known.

“I started by working half my time on Army projects working with soldiers, and the other half my time working in biometrics, and then eventually I moved full time into the biometrics area,” Michalski says. She is now recognized as a leader in child biometrics, making a mark so indelible that she is one of our 2019 Women in Biometrics honorees. 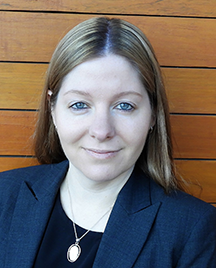 Michalski is the Science Team Lead in Biometrics for the Australian government’s Defence Science and Technology Group (DST). Her main role is Program Lead for Child Identification in Biometrics. In addition, she supervises honor students in biometric-related projects as a Visiting Research Fellow at the University of Adelaide. She was also appointed to the Biometrics Institute’s Social Impact and Academic Research working groups.

The advice and findings from her research have been implemented by agencies worldwide. She hopes her team’s work will help identify and rescue children that have been missing or exploited

She works with national security agencies to conduct applied research. “Many agencies were concerned about similar issues, and one of those issues was aging, particularly the impact aging had on images of children for facial recognition,” Michalski says. “So I was able to conduct a work-based PhD using operational images and also had access to five of the world leading commercial algorithms that government agencies use. But I was also able to evaluate practitioners that have to make facial comparison decisions based on the output of facial recognition systems.”

Michalski was able to see the performance of algorithms on several million images of children across age and age variation between images. Agencies were very interested in her work, so she developed a program in child identification.

Her proudest accomplishment:
“One of my proudest accomplishments is completing a PhD that people actually wanted to read, at least some people. Then I could turn that work into a larger program where I get to work in a multidisciplinary team with other experts which makes the work that we do possible. One of those experts has developed his own facial recognition algorithm, and it’s being used operationally by a government agency with success on images of children. So it’s exciting that our research and development actually gets used and benefits government agencies.”

Michalski’s advice and findings from her research have been implemented by agencies worldwide. She hopes her team’s work will help identify and rescue children that have been missing or exploited.

She’ll be recognized for her efforts alongside three other Women in Biometrics award winners this week at the SIA GovSummit in Washington, DC. The awards were co-founded by the Security Industry Association (SIA) and SecureIDNews.