Like many leaders in the biometric industry, Lauren Reed, Senior Program Director for Biometric Forensics, IDEMIA National Security Solutions, knew nothing of biometrics when her career began in the mid-1990s.

“I was doing traditional forensics work at a local sheriff’s office,” Reed says. “I received a phone call from an old mentor who said the army was going to do a project to use fingerprints and other biometrics to protect soldiers on the battlefield from improvised explosive devices and other things like that.” 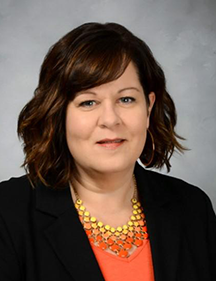 Reed accepted work with the Department of Defense’s Automated Biometric Identification System (ABIS). Before long, she was part of the ABIS examination services team, soon taking a lead position that made her a government civilian for the army. She eventually became director of the US Army Criminal Investigation Laboratory (USACIL) at Fort Gillem, Georgia.

“I knew that I needed to shore up my foundations in business to be able to be the best leader I could…for the government,” Reed says. Just this month, she earned her MBA.

After five years at USACIL, Reed moved to the technology side of the industry with IDEMIA National Security Solutions.

Reed’s proudest accomplishment:
I love to help people who are excited about biometrics, forensics, and even leadership in both those realms. I like helping them accomplish their goals and at the same time, they’re having a positive impact on the safety and security of all of us. I’m only one person who can only do so much as an individual, but I like being able to empower and help others on the same path, especially young women – what the army would call it is a force multiplier. So I’d say there’s nothing that makes me prouder than having a positive impact through others, and helping many people row in the same direction has a much bigger impact than trying to do it myself.

Reed is quick to share her successes with her team members. Among her biggest successes is a data sharing initiative between the DOD, FBI, and DHS. It ensures latent prints collected from IEDs or weapons caches are shared between the agencies to prevent terrorists from getting on military bases or entering the U.S. She says, “I know without a doubt that the teamwork and information sharing that took place back then and still is going on today has prevented attacks and saved countless lives.”