A history of AFIS

The first AFIS required an entire room for the equipment and stored only minutiae; disk technology was too expensive to save the images. In the first three years of operation, the FBI converted more than 14 million criminal fingerprint cards to digital electronic format. 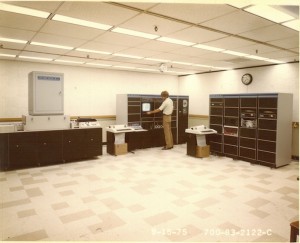 Improvements were immediately evident. Using the old manual process, in 1974 it could take the FBI 30 to 45 days to process a fingerprint request—a major delay for a law enforcement agency that wanted to know if the person they were holding was wanted for another crime. The new automated process sped the print identification significantly. Compared to the several days it used to take for a typical search, the new system could run through 100,000 sets in just 30 minutes.

With AFIS, law enforcement agencies were able to solve more crimes than was previously possible. This spurred sales of AFIS to additional U.S. and North American agencies. After seeing the success of AFIS, other vendors soon entered the picture. Among them was Morpho Systèmes, which formed as a start-up company in 1982. Today there are nearly 30 fingerprint technology corporations listed as members of the International Biometrics & Identification Association and this list represents only some of the solutions providers in the marketplace.

Now, thanks to both improvements in matching algorithms and in architecture advances that expand the database, Automated Fingerprint Identification Systems are faster and more accurate, and search more data than ever before. To illustrate, the first systems were able only to search the ten “rolled” prints on a fingerprint card. In the 1990’s “composite” systems were able to select the best prints available from multiple arrests of a single individual. Finally in 2000, “multi-incident” systems added the ability to also perform searches against each individual arrest record, which again increased system accuracy rates.

Fingerprint matching: searching all parts of the hand

Another way that accuracy has increased is in the ability to search all parts of the hand. Because 30% of prints found at a typical crime scene are of the palm, adding palms was the next AFIS improvement.

This addition became a reality in 2000, and starting in 2004, AFIS was able to search against the rolled and flat impressions on a fingerprint card. A study by the FBI found that this practice increased the latent “hit” rate by approximately 10% to 12%.

The final evolution in AFIS searching is the ability to search all areas of the hand. This is known variously as the “Major Case Prints”, the “Supplemental Images” or the “Entire Joint Image.”

The FBI implemented palm print and supplemental print search capabilities as part of its Next Generation Identification (NGI) rollout. Currently in Increment 4 of its implementation, NGI has brought increased crime-solving capabilities to law enforcement in the United States; and for those states who adopt Major Case, more data on which to perform their AFIS searches.

The evolution of AFIS vendors

And what of the “rocket science” connection to fingerprint science? It still exists. Avionics manufacturer Sagem acquired AFIS provider Morpho Systèmes in 1993 and the company became known as Sagem Morpho, headquartered in France. In 2005 Sagem merged with Snecma, a manufacturer of aircraft and rocket engines, to create the Safran Group.

Although Rockwell spun off their Printrak division — which had built the original system for the FBI — as a separate company in the 1980s, the business has come back under the rocket science umbrella. After ownership changes in the 1980s and 1990s, Printrak was acquired by Motorola, developer of the Iridium satellite network, in 2000. Finally in 2009, Sagem Morpho and Motorola Printrak merged into a single company, becoming MorphoTrak. Both legacy companies are therefore now part of the aerospace company, Safran.

Fingerprint technology in the future

Although Sagem Morpho won the FBI contract away from Printrak in 1999, the two former rivals are now a single company. Morpho continues to provide the matchers for the FBI system, now known as NGI. The FBI system houses 120 million ten-print fingerprint records and performs more than 10,000 latent searches per month. From this legacy system in the 1970s, today Morpho has captured more than 3 billion fingerprints, and Morpho products are being used by more than 450 government agencies in over 100 countries.