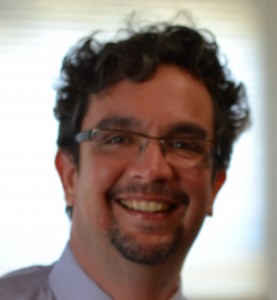 When PayPal’s Jonathan LeBlanc started detailing different ID technologies that will “kill the password” I have a feeling there was a PR rep in the corner shaking his or her head.

For those who missed it LeBlanc talked to the Wall Street Journal on different technologies that will be used for online authentication and he detailed a device that can be ingested and used for online identification.

Yes, passwords are miserable authenticators but suggesting people swallow something that is used for identification is not the answer. There are a great number of people out there who think these advanced ID technologies are not the answer and some truly believe that they are the anti-Christ. The comments to the WSJ article even had some that alluded to the end of times.

Biometrics have been banned in all Florida schools because of bad education on how the ID technology works. It’s going to be a slow process to move U.S. consumers to some of these advanced technologies because of the misinformation out there about them.

Yes, according to LeBlanc, the next step is identification via our body functions:

“Leblanc said that identification of people will shift from ‘antiquated’ external body methods like fingerprints, toward internal body functions like heartbeat and vein recognition, where embedded and ingestible devices will allow ‘natural body identification.’

“These devices include brain implants and attachable computers, which ‘put users in charge of their own security,’ he said. Ingestible devices could be powered by stomach acid, which will run their batteries, he added.”

So in order to check my banking statement I’m going to have something inserted into my brain? I don’t think so. I’ve been covering his industry for 11 years and this creeps me out.

There are a great many people who will embrace these advanced authentication technology but there are probably far more who will oppose them strenuously. When Apple first announced Touch ID there were people saying that the fingerprints scanned for access to the device would be sent to the FBI or NSA.

The vast majority if people don’t understand these technologies and we have to move slowly to have them adopted. Saying that consumers will be ingesting or implanting these technologies is the wrong way to go, as it’s still early days for many of these systems.

Analysis: Biometrics and the iPhone...