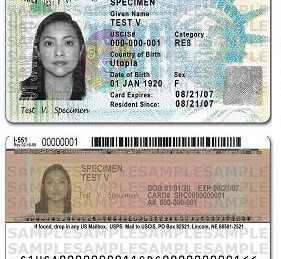 HID Global has detailed some key trends that are sure to impact government identity programs in the coming years.

With counterfeiting and tampering proving to be an ever-present threat to security, privacy and authentication efficiency, HID Global believes that the next five years will be crucial.

In a report released by Acuity Market Intelligence, it was found that by the 2015, 85% of all issued IDs will be eIDs and the number of countries issuing eIDs will outnumber those issuing conventional IDs by four to one. The jump to eIDs is a major trend in the global market and one that, according to HID Global, is already reflected in customer demands.

HID has seen an increase in demand for multi-layered, highly secure credential solutions with multi-function capabilities. While increased security is a constant demand, the need for multiple functions – access control, proof of identity, health care and tax ID and government fee payments – is quickly becoming the norm.

Providing cards with extensive functions and capabilities requires an upgrade in the technology within the cards themselves. Technologies like contact or contactless chips, RFID antennae and biometrics are evolving from state of the art features to necessities.

Another critical trend according to HID is the role of human verification. The human eye verifies approximately 90% of all IDs worldwide as electronic readers remain vastly underutilized at inspection points worldwide. It is for this reason that HID Global believes that visual security and verification will be a key factor in ID authentication.

Industry best practices will perhaps offer the most insight into where government ID is headed in the coming years. HID Global cited the new generation U.S. Green Card featuring RFID antennae in an attempt to accelerate border crossings. Also cited was Optical Security Media’s role in providing its revolutionary visual security features- which are yet to be compromised- to facilitate real world inspection settings.

By identifying trends and technologies that will change the government ID landscape and acknowledging those initiatives that have already been met with great success, HID Global hopes to gain valuable perspective on the future of the industry.