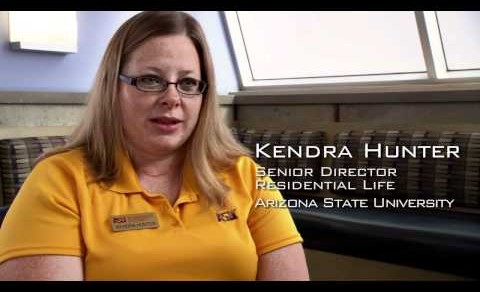 First announced in September, the pilot involved a select group of students and staff at Arizona State University using NFC-enabled smart phones equipped with HID’s Secure Identity Object (SIO) Technology. Participants could gain access to their residence halls and other secure access areas by tapping their handset against a reader embedded in the door and entering a PIN, rather than use their plastic campus card.

Approximately 80% of the ASU participants reported that using a smart phone to unlock a door is just as convenient as using their campus ID card. Nearly 90% said they would like to use their smart phone to open all doors on campus. And, while the pilot was focused on physical access, nearly all participants also expressed an interest in using their smart phone for other campus applications including access to the student recreation center, as well as transit fare payment and meal, ticket and merchandise purchases.

HID partnered with ASSA ABLOY Americas, Device Fidelity, Kratos/HBE, Research In Motion and Verizon Wireless for the pilot, which allowed participants to use a variety of smart phones over any network.

“From a pilot perspective, it was clear that the students loved it, and they want it,” said Humphrey Chen, Verizon’s Executive Director of New Technologies and New Market Development. “The pilot gave us a clear indication that people would use their smart phones to unlock their dorm room doors, and this technology can be used for office doors and home doors, too.”

Check out the case study video below for more information.