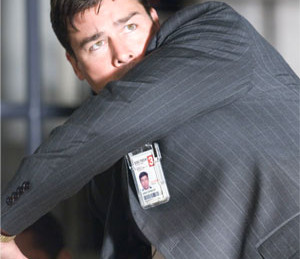 Identity Stronghold, a provider of secure badge holders to the federal government, had several shots of its products featured in the movie, “The Day The Earth Stood Still,” produced by 20th Century Fox.

Identity Stronghold product shielding characteristics have been tested and approved for government use by the National Institute of Standards and Technology and they are listed on the GSA Approved Product List for FIPS 201.