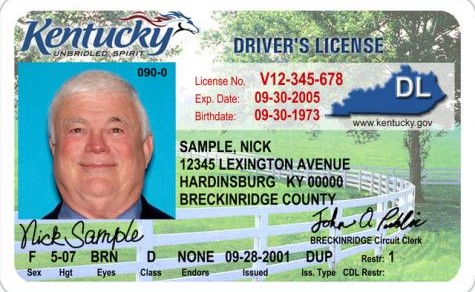 “The goal is to give the Commonwealth a background on the issue and the progress in other states,” says Chad Grant, vice president at Grant Consulting Group. HID Global executives testified at the hearing, giving officials information on the latest developments with placing the credentials on mobile devices.

The company talked about its proof of concept for a mobile driver license and what is involved with such a project, says Kathleen Carroll, vice president of corporate affairs at HID Global. Officials from the company also met with the Kentucky State Police to get some feedback on the idea of mobile driver licenses.

“When discussing a mobile driver’s license, there are four key stakeholders that should have significant input into any solution: citizens, law enforcement, federal authorities and state licensing authorities,” Carroll says.

States are looking at mobile driver licenses to increase security and convenience, Carroll says. Individuals have to carry around multiple IDs for different purposes – driver license, health care, work, etc. By placing identity on a mobile device individuals will only have to carry the smartphone.

“Because there is a secure trusted relationship between the state licensing authority and the citizen’s smartphone, new services can be added and the need to stand in long lines can be eliminated,” Carroll says. “Additionally, driver’s licenses built on a secure mobile technology platform will give citizens more control over their personal information allowing them to choose when and with whom they share their information, and as importantly, how much information they share.”

Law enforcement has concerns over mobile driver licenses, but Carroll explains how the system can make their jobs easier. “When appropriate, a secure mobile driver’s license platform would allow the authentication of a person’s ID from a safe distance by using Bluetooth technology to give law enforcement officers more time to determine if a traffic stop is routine or more complex,” she says.

The system could also help alleviate problems with counterfeiting licenses. During provisioning of the license to the smartphone, the system would establish a mutually authenticated channel between the provisioning service and the mobile device that ensures safe delivery of data. “A mobile credential would only be sent to a mobile device through a secure service by an authorized state licensing authority,” Carroll explains. “Likewise, during use of the credential, a mutually authenticated channel is established between the mobile device and the relying party application. This ensures a secure private transaction independent of Bluetooth, NFC or any other transport protocol.”