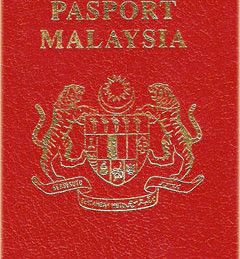 Facilitated by one of Malaysia’s authorized certification authorities, Digicert enables the Entrust e-passport solution to provide document-signing capabilities at the time a Malaysian e-passports is issued. Digicert is a leading local certificate authority and its signed documents are legally recognized under Malaysian law.

Created to mitigate passport forgery, first-generation e-passport use a Basic Access Control contactless smart card containing a simple biometric — usually a digitized photo of the individual — along with the digitized identity information of an individual duplicated on the paper document. Entrust provides the digital signature on e-passports that is designed to help prevent a cloned or modified passport, when it is properly processed, from being used to illegally cross a border.

The second generation of e-passports, the Extended Access Control standard allows governments to leverage a stronger biometric that makes impersonation of the legitimate document-holder more difficult. The use of biometrics — typically a digitized fingerprint or iris scan — establishes a much stronger binding between the individual and the travel document.

To safeguard the biometric data, Extended Access Control-enabled e-passport enforce strong mutual authentication between the chip and the reader before biometric data is released. The combination of BAC and EAC mechanisms establishes a strong defense to mitigate the threats of forgery and impersonation.