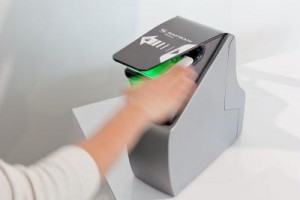 The FBI certification validates that the images produced by the MorphoWave Desktop are equivalent to other contact single-finger scanners, and are suitable for a range of use cases.

The MorphoWave Desktop uses imaging technologies to simultaneously acquire four fingerprints in less than one second by a simple wave of the hand. With its bi-directional capture design, the MorphoWave Desktop can capture fingerprint images for the left or right hand without the need to change device settings or add another scanner.

Research and Markets has released research that examines government spending on biometric technology. Global government biometrics spending is predicted to grow at a compound annual growth rate of 22.34% over the period 2014-2019.

The biometric market is fragmented with the presence of a large number of small and large vendors. A detailed product and feature comparison for the key leading vendors is provided in the report. In addition, the report discusses the major drivers that influence the growth of the global biometrics spending in the government sector. It also outlines the risks faced by vendors and the market at large, as well as the key trends emerging in the market.

EyeVerify, which introduced its commercial version of Eyeprint ID, ended 2015 with 2 million unique enrolled devices. The company is averaging 60,000 new enrollments and 1.5M verifications weekly, and those numbers continue to grow.

Growth is a function of new partnerships and new users. EyeVerify has seen growth in the financial services market through beta launches with Mountain America Credit Union, Vodafone Wallet in Turkey (via partner Olscan), and select Digital Insight financial institutions.

RSA Security signed a deal with EyeVerify in the fourth quarter to incorporate Eyerpint ID into its platform, and financial institutions are testing Eyeprint ID within their mobile apps, with launches scheduled for 2016. With its financial institution partners, Eyeprint ID is offered as an alternative to passwords for login and/or payment authorization.

In the handset market, EyeVerify has partnerships with ZTE, Vivo, Alcatel (TCL) and UMi. Nubia, a division of ZTE, also just announced a new handset with Eyeprint ID, the Z9 3rd Anniversary Edition. Handset manufacturers to date have offered Eyeprint ID as an option for phone unlock or app login.