MorphoTrak unveils AFIS in the cloud

In the further interest of security, Morpho Cloud is hosted in the U.S., and operated by U.S. persons with the appropriate level of clearance. To protect the integrity of the data, it is stored in regional geo-redundant data centers, located at least 500 miles apart. These paired data centers ensure that in the event of a technical failure or a natural disaster in one region, a second regional data center takes control of the system with no interruption of service or loss of data. This combination of security and integrity guarantees high availability of the system’s data.

To address a range of customers’ needs, Morpho brings a full spectrum of its technologies to the cloud, starting now with friction ridge biometrics, facial biometrics, and iris recognition. Morpho Cloud leverages Microsoft Azure Government to provide customers with an AFIS that is evergreen — always functioning at the peak of AFIS technology — and to build new services such as Cloud Disaster Recovery for existing on-premises AFIS customers. 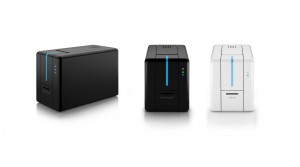 Infineon named to FIDO Alliance’s board of directors

A founder and member of the FIDO Alliance since 2012, Infineon Technologies AG announced that it has been named to the Board of Directors of the consortium. The appointment underlines Infineon’s commitment to driving strong yet simple online authentication through industry standards that define an open, scalable, interoperable set of mechanisms to reduce reliance on passwords.

Infineon is a supplier of secured controller technologies protecting personal identity and computer data. It contributes to the development of FIDO specifications and has released a number of products compliant with the standards. This includes a FIDO Certified USB Token reference design and security controllers used by manufacturers of FIDO Ready authentication devices.

SecureKey partners with Dell for cl...