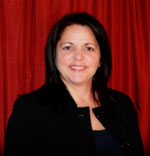 By Jess May, Global Identity Practice Lead for the U.S. Government Sector, HP

At least 10 countries are currently testing, introducing legislation or have already approved budgets to move forward with large scale deployments including the biggest game changer to date: the Unique Identity Authority of India project better known as India’s UID. Even though this project will include biometric validation at the system level and not the card it will still have significant impacts to the industry.

In the U.S. we are most familiar with fingerprint de-duplication, the process of identifying a duplicate biometrics in a database. So if someone tries to register for a voter ID card twice, it will be flagged and sent to an adjudicator to resolve. We typically conduct background investigations through the FBI and other criminal databases.

“Citizen ID” cards have a much more basic requirement: a unique ID that is used for governmental purposes as proof of identity and residence that is verifiable by a biometric ID system. The addition of iris scanning to the biometric capture process and the total cost of ownership gains is known as the “IRIS Dividend.” It takes a lot more time to process fingerprint comparisons then iris comparisons and iris gives 90% fewer false positives.

The IRIS Dividend effects system throughput, accuracy and latency and increases inclusion of the percentage of a country’s population. Technically, ABIS 7.1 searches on the IRIS scan for de-duplication first reducing the need for labor intensive fingerprint minutia comparisons. If an iris match is flagged it then compares against fingerprint.

This innovative process reduces the number of adjudications to less than 1% while decreasing processing power and total cost of ownership. Functionally, iris capture allows for greater inclusion of a country’s population including those with large rural areas. Fingerprints can be difficult to capture even in the best conditions. In rural farmlands and manufacturing regions prints are often worn and fingers and hands can be missing completely.

Conversely, the iris capture for a legally blind person can even be captured. Only the most severe form of blindness prevents an iris capture. With a population of more than 1 billion, the technical and functional advancements and process redesign make a difference and increase the overall success rates as India attempts 100 million enrollments by June 2011.

What else will India’s UID program drive globally?

At the close of each year, AVISIAN Publishing’s editorial team selects a group of key leaders from various sectors of the ID technology market to serve as Expert Panelists. Each individual is asked to share their unique insight into what lies ahead. During the month of December, these panelist’s predictions are published daily at the appropriate title within the AVISIAN suite of ID technology publications: SecureIDNews, ContactlessNews, CR80News, NFCNews, DigitalIDNews, ThirdFactor, RFIDNews, EnterpriseIDNews, FinancialIDNews, GovernmentIDNews, HealthIDNews, FIPS201.com, IDNoticias es.