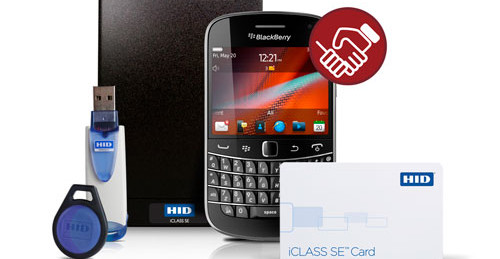 This is an evolution in security technology, says Brad Jarvis, vice president of product marketing at HID Global. Twenty-years ago proximity technology was the de facto standard for physical access and then the last decade saw the rise of contactless smart cards.

“The emergence of smart card technology expanded the security, usability and capabilities of the cards but it was still difficult,” Jarvis says. “You had to have the knowledge of how to put more than one application on a card and the cards were chip dependent.”

This new line aims to take the Secure Identity Object and place it anywhere. “Make it independent of the silicon,” Jarvis explains. “An identity object can sit on any card technology … it doesn’t even have to be a card, it could be on a mobile device and be communicated via an NFC reader.”

The SE platform is based on open standards to support an array of smart card technologies, including iCLASS, MIFARE, DESFire, EV1, Indala and others.

Secure Identity Objects operate within HID’s Trusted Identity Platform (TIP) framework, which creates a secure and trusted boundary for cryptographic key delivery in access-control applications. The TIP framework ensures that portable credentials can be securely provisioned on credential platforms, including mobile devices, no matter where users are located or how they are connected.

Secure Identity Objects also ensure data authenticity and privacy. Data cloning is prevented by binding information to a specific credential for additional authentication and encryption on top of device-specific security. Such features enable the iCLASS SE platform to improve security in traditional card and reader applications while enabling new market opportunities for carrying secure portable credentials on smart phones and other devices.