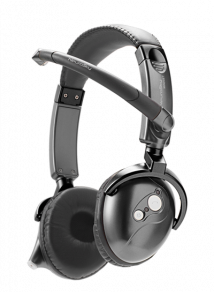 There are many different solutions coming to market aiming to make secure Web and computer login easy and secure. Biometrics have been considered and deployed but adoption right out of science fiction is emerging that would authenticate via brain waves.

Students and a professor at the University of California Berkley School of Information is working on a system that would have a user wear a headset equipped with electroencephalograms — EEGs – to measure brain wave activity.

Using brain waves for identification is not a new idea but the technology used to read those brainwaves is new, according to a release from the UC School of information. “Traditional clinical EEGs typically employ dense arrays of electrodes to record 32, 64, 128, or 256 channels of EEG data. But new consumer-grade headsets use just a single dry-contact sensor resting against the user’s forehead, providing a single-channel EEG signal from the brain’s left frontal lobe,” the release states.

The headsets connect to the computer via Bluetooth and don’t look much different than a typical headset for music or gaming and cost around $100.

But can it work? In different scenarios the team was able to reduce the error rate to around 1%. To authenticate the system has users imagine performing different tasks.

The important thing is to find a mental task that users don’t mind repeating on a daily basis. “Researchers found that users would prefer to repeat tasks that are fairly easy but not too boring. Users’ favorite tasks included counting objects of a specific color, imagining singing a song of their choice, or simply focusing on their own breathing,” the release states. “Several users found it difficult to imagine performing an action from their favorite sport: they found it unnatural to imagine the movement of their muscles without actually moving them. Similarly, when asked to choose their own ‘pass-thought,’ many users chose a thought that was complicated or difficult to repeat. And imagining moving a finger up and down was boring to the majority of participants.”

The project was led by School of Information professor John Chuang, along with Hamilton Nguyen, an undergraduate student in electrical engineering and computer science; Charles Wang, a first-year I School MIMS student; and Benjamin Johnson, formerly a postdoctoral scholar at the I School. Chuang presented the team’s findings at the 2013 Workshop on Usable Security at the Seventeenth International Conference on Financial Cryptography and Data Security in Okinawa, Japan.

Brain scanning investigated for use...