NFC is the bridge from cards to the mobile 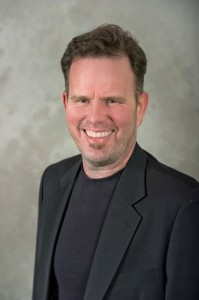 While it’s true that most have agreed that mobile payments will be a complement to payment cards, recent news that Apple has finally embraced NFC is exciting progress and a major step toward the future. The fact that Apple will leverage NFC with ApplePay will help adoption of newer device-centric technologies that converge mobile and identity.

This will lead to a combination of security and utility into a simple, elegant consumer experience. Increasingly so, a combination of mobile and the card will wield a powerful shift toward a more secure connected world by using advanced security capabilities embedded in the device that most people rarely leave home without. But, does it mean the end of cards?

The ApplePay announcement was much anticipated, and it is to no surprise that the market-maker is tackling payments as its first use case for NFC. With more than 800 million users in iCloud, many have already paired at least one credit card to their accounts. This provides a good starting point to drive mobile payments further.

It is important to note that NFC and mobile payments together isn’t a novel concept; Google amongst others has pushed the technology and achieved minimal interest or adoption. As Apple looks to gain more traction in emerging markets, such as China, where there have already been numerous mobile payments initiatives, this technology will be compelling. Overall, ApplePay has only added more value to Apple’s ecosystem, making it stickier for current users and possibly attracting others.

Others will follow, as they have in previous Apple-influenced shifts. Merchants will embrace it, so as to not lose customers familiar with the Apple experience. Banks and credit card issuers will play ball for similar reasons and fear of losing their touchpoint with consumers (as it relates to both money and data).

What will be interesting, is determining what other uses of the NFC chipset will be available.

Unfortunately, the topic of NFC has historically been coupled with payments, however, it is essential to note here that NFC is not just tied to payments, and that, as a technology, it has a number of benefits.

Simply put, NFC is just a wireless technology that enables users to — among other things:

The opportunities are boundless. By marrying the mobile device to the credit card, or a government card as they get digitally enabled — as the Province of British Columbia, Canada has done — embedding security deep in the device and making it easy for consumers to experience life through their most coveted device, mobile serves as the tie that binds identity and security together in a way that was impossible in previous technology shifts.

The emphasis by Apple to double down on NFC is a good bet for all involved: card issuers, merchants, consumers and the tech manufacturers that build the software and hardware that make it possible by hiding the underlying security complexity from the consumer experience by burying security in the device so access can be simpler and eventually, password-free.

NFC enables users to authenticate their devices, and themselves to physical objects, as well as other access points/terminals and point-of-sale devices. This could open up a number of possibilities from identity and authentication for both in-person and online use cases. Apple may be the last phone vendor to have a public NFC strategy, but let’s remember, they weren’t the first to market with a digital music device and content strategy either, and look where they are now.

Some pundits believe cards will fall away as mobile NFC payments dominate. As some of the examples here show, NFC cards enable users to register devices and for services more easily. Because all users are already trained, and all business processes support card oriented services, not to mention the need support for offline processing, it is far more likely that NFC cards will enable mobile wallets to take off rather than be replaced by them.