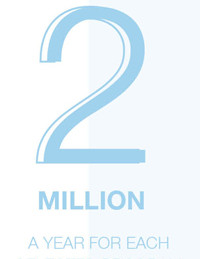 The National Institute of Standards and Technology will evaluate pilots to support the National Strategy for Trusted Identities in Cyberspace and will also help establish a privately lead Identity Ecosystem Steering Group.

NIST has budgeted $10 million for the pilots and anticipates funding five to eight separate projects. Each selected pilot will last up to two-years and receive between $1.25 million and $2 million per year, though proposals requesting smaller amounts may be considered. The deadline for submitting initial proposals was March 7.

For the initial round of proposals, NIST requested concise, five page descriptions of what the pilot would entail, says Jeremy Grant, senior executive advisor of ID management at NIST. There will be a cut by the end of March, and selected applicants will be asked to submit in-depth proposals by the end of April. Funded pilots should be announced at some point in the summer.

The opportunity cites a number of barriers that have prevented identity solutions from being widely deployed in the marketplace including:

Specifically, NIST is seeking pilots that address some or all of these barriers while adhering to the four central principles guiding the strategy: identity solutions should be privacy enhancing and voluntary; secure and resilient; interoperable; cost effective and easy to use.
For example, the funding opportunity notes that proposals could include, but are not limited to, technologies or approaches that:

One of the core tenants of the national strategy is that it be lead by the private sector, says Grant. The creation of the steering committee is a step to make sure that happens. In early February NIST released a report defining this committee entitled, “Recommendations For Establishing An Identity Ecosystem Governance Structure.”

The committee will be open to anyone, Grant explains. “We want to have a good balance of stakeholders, so we don’t have one company abuse the process,” he adds.

In order to prevent large companies from controlling the committee, NIST describes multiple safeguards that are designed to provide protections for individual privacy and the underrepresented and guard against undue influence by any single stakeholder group.

Safeguards called for in the report include:

The government recommends a Steering Group structure with two bodies, a Plenary and a Management Council, with supporting roles and dispersed decision making responsibilities. The Plenary should be a large body containing working groups and committees dedicated to conducting the work required for establishing and adopting standards, policies and procedures to govern the identity ecosystem.

The Management Council should be a smaller group consisting of officers, delegates from stakeholder groups, and at-large delegates. This council should be responsible for providing strategic guidance to the Plenary, supervising its progress, and resourcing its operations.

Grant is also working on funding some of the groups in the steering committee so stakeholders don’t have to worry about paying for expenses related to participation in committee activities. See the updated story here.