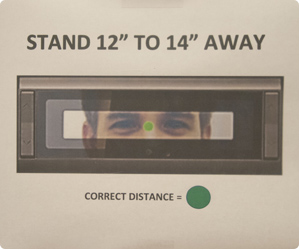 Winthrop University will roll out iris biometrics in the fall and is capturing the data from all incoming students as it contemplates expanding use of the security technology.

The 6,170 student university will begin testing the iris scanners at Macfeat Early Childhood Laboratory School, an on-campus pre-school program where the university’s education majors are trained, says John Hammond, associate vice president for Information Technology at the school. The identities of parents and guardians will be verified through the technology when they pick up their children.

Winthrop officials did review other options before going with iris, Hammond says. ID cards were dismissed because they are not that secure and concerns about parents and guardians carrying them all the time. Fingerprint was considered but the university had previous experience with the modality and wasn’t pleased with the results. There were also hygiene concerns with a fingerprint modality.

Iris had always intrigued Hammond but he had thought it was expensive. “But then we saw the price went down,” he adds.

Hammond took a trip to see the Iris.ID system – formerly LG Iris – technology in action with a demonstration from ColorID. The results were good but some integration work had to be done to make it work with the existing campus card and physical access control systems.

The Weigand output didn’t integrate with Winthrop’s systems so a programmer on staff had to work to make it match up with the access system. Another programmer worked on an algorithm to ensure the correct information is injected into the database and so it would be the same format as the card access system, Hammond says. “The card access system thinks you’re using a card but it’s using the iris,” he explains.

Enrollment stations are operational in the card office, Hammond says. Parents and guardian are enrolling so when the system goes live in the fall it can be used. Winthrop is also enrolling anyone that comes into the card office for any type of maintenance and all incoming freshmen.

After individuals are enrolled in the system they can then use it for access. Individuals stand 12 to 14-inches away from the scanner and look into a mirror and an LED inside let’s the individual know when they’re in the correct position, Hammond says. The camera makes a clicking sound, like a camera, when the scanner authenticates the individual.

While the scanners will be in lab school for now, Hammond envisions other uses including the possibility of placing them at the front door of every residence hall. Other testing locations could include the Lois Rhame West Health, Physical Education and Wellness Center where it is inconvenient to carry an ID card when students work out or swim. The Chemistry Department has also approached Hammond about using the scanner for physical access in some of their areas.

Winthrop isn’t mandating that everyone enroll in the system. There have been about 10 people who haven’t wanted to participate because of personal beliefs. “For people who decline to participate we’re telling them that access to some service might not be as convenient,” Hammond explains. “They might have to be buzzed in or wait a little longer.”

Iris biometrics may be ideal hospit...