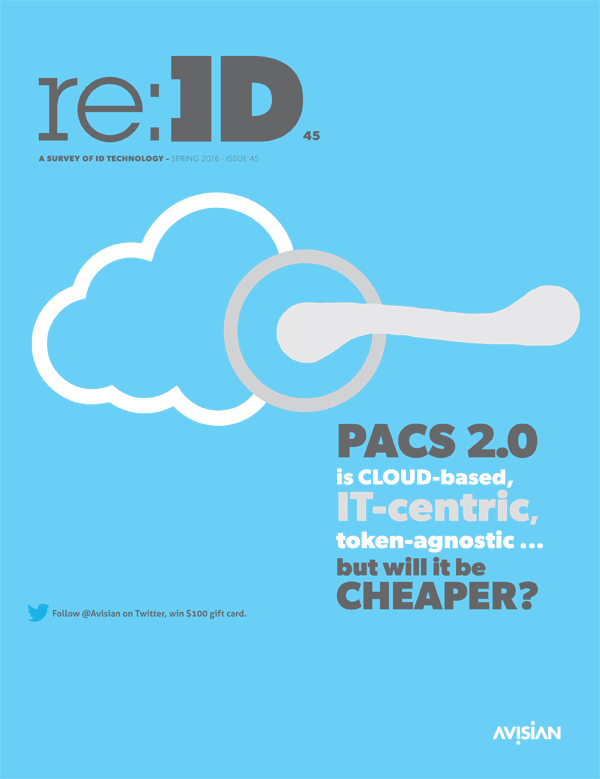 AVISIAN Publishing is pleased to announce the release of the interactive version of the Spring 2016 Regarding ID magazine.

The interactive feature enables a miniature mode that you can thumb through as well as a full screen mode that enables you to read the magazine as if it were on the desk in front of you.

Some highlights from this issue include:

The physical access control market tends to move at a glacial pace, and to date the vast majority of systems remain wired and on premises. But the industry is staring at a cloud-based future that is moving servers out of back rooms and enabling entry with the tap of a button on a mobile device. These new IT-centric PACS may very well be cheaper for end users as they challenge the longstanding business models that have defined the industry.

In an apparent first for federal web sites, the Defense Technical Information Center has outlawed the use of passwords for user access. Instead, it is requiring all users to have PKI-based credentials, either smart card or software-based certificates. It’s a real-world test to see if passwords can truly be eliminated. If users still come, other government sites — and perhaps the whole Internet — will follow.

The identity industry has been buzzing about the possibility of placing driver licenses on mobile devices. Vendors are touting products and one state has been piloting a system for months, but it’s no slam-dunk. Roadblocks include standards, infrastructure and relying party acceptance, as players wade through the long list of extraneous functions served by state-issued IDs.

To be notified of the next available e-magazine, sign up or update your existing subscription:

Read the spring issue of Regarding ID online now.