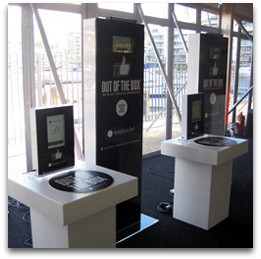 Teaming up with systems and software design studio, Liquid Lemon, the company allows guests the opportunity to show off the store’s designer brand sunglasses by posing and uploading photos of themselves onto their own personal Facebook profile.

Upon arrival, guests were each given an RFID-enabled wristband. These wristbands, with the help of the Liquid Lemon staff, were registered to the guests own Facebook profile, thereby allowing the guest to scan their RFID wristband, have their photo taken, which was then and instantly uploaded to their Facebook page.

At the same time, the photo was also uploaded to the official Sunglass Hut fan page. Some 897 photos were taken during the evening, equating to an average of approximately 2.99 photos per guest.