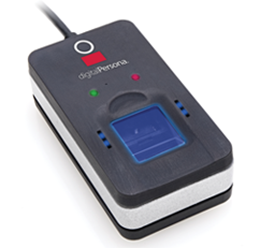 Sick of dealing with password resets, a Texas credit union has turned to biometric authentication for employees at all nine of its branch locations.

El Paso Area Teachers Federal Credit Union (TFCU) says its IT desk was handling up to 30 calls a day for forgotten passwords. So the company turned to the Crossmatch DigitalPersona Altus biometric solution.

“We considered password vaults, but deemed them less secure than biometrics,” says Louie Villa, special projects administrator at TFCU. Employees use their biometric credentials to clock in, log on and gain access to all TFCU applications. “Once the employee is registered on the system, they simply use their finger to log on to Windows and every other program or web-based application that they use.”

Since implementation, the credit union reports a 70% reduction in the number of system lockouts. “A few employees expressed concern about the capturing of fingerprints, but once they were told that the system only captures digital representation of random points of the fingertip, they were put at ease,” Villa says. “Not a single employee opted out.”

Managers say the solution increases security because it requires the physical presence of the employee, and productivity has been boosted since there are no more passwords to be forgotten.

The credit union has plans for additional DigitalPersona Altus authentication features and will consider deploying biometrics for its customers. “We will eventually explore the use of biometric authentication systems to be used within our online banking system,” Villa says.