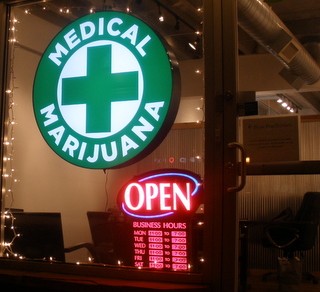 Tranzbyte Corporation announced it will begin distribution of its RFID automated marijuana vending machine within qualifying states and locales beginning next quarter.

While federal law in the United States bans all sale and possession of cannabis, enforcement varies widely at the state level and some states have established medicinal marijuana programs in that contradict federal law, with the most recent being Massachusetts. A total of 18 US states, including the District of Columbia, have so far passed laws allowing some degree of medical use of marijuana.

“The use of cannabis-related products in the US for medical and adult use is shifting toward acceptance on the condition that the herb is regulated and taxed. For the first time since cannabis was outlawed in the early 1900s, a majority of Americans favor the legalization, regulation, and taxation of all marijuana products,” according to Tranzbyte’s president, David Gwyther.

Specific details of the company’s “Green Machine” have not been released, but what is known is that the automated vending machine will be integrated with RFID technology produced in association with Tranzbyte subsidiary, ProximaRF, who are spearheading efforts to make the machine function for legally qualified individuals only.

All interactions with machine are reported in real time – both video and data – to a central headquarters so that machines can be constantly monitored for regulatory compliance, and so that they can be refilled or repaired when needed.

Following the rollout of The Green Machine, the company plans to make available to users a free companion iPhone and Android program that will enable prospective users to operate equipped machines directly from their phones, with their only interaction being that they must reach down to pick up their chosen product in the machine’s delivery door.