The sharing economy may be small but it’s growing — be it renting an apartment, buying something on Craig’s List or agreeing to a car sharing arrangement – it is a new way of doing business for some.

Depending on the task participation in this new economy is low depending on the task, 6.2% for renting a personal item to another individual but 42% for buying or selling something on Craig’s List, according to a survey sponsored by HooYu and conducted by Atomik Research via Power of Opinions, using an online survey amongst 1,000 consumers in U.S.

The company analyses data from a person’s digital footprint to confirm their real-world identity and extracts and verifies data from ID documents and conducts a biometric facial check comparing a selfie of the customer with the facial image on their ID document. HooYu charges $9.99 for one check and $75 for 10. 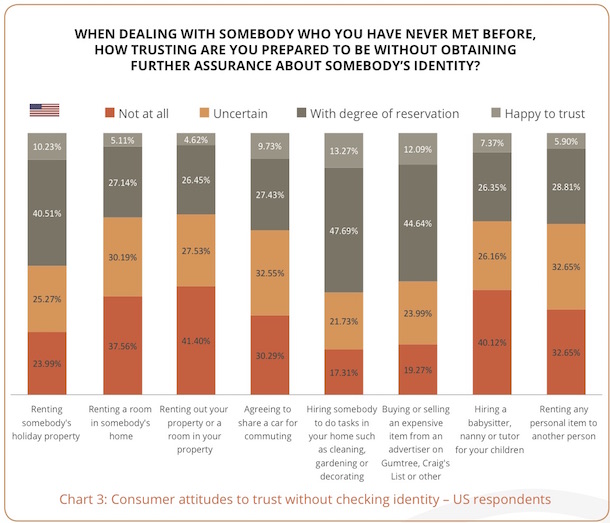 Canadian council aims for trusted i...