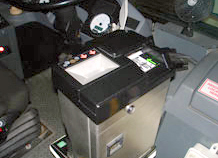 The Regional Municipality of Waterloo located in Southern Ontario, Canada is considering an $8.1 million renovation to an electronic smart card system for transit users, according to The Record.

Starting in the fall 2016, the region will phase out current fare boxes and in favor of the new smart card system. It will replace tickets, passes and paper transfers. The conversion will primarily offer transit riders ease of use between light rail and other transit systems.

Public transport is provided by Grand River Transit (GRT), created from amalgamation of the former Cambridge Transit and Kitchener Transit systems. It operates daily bus services in the region, primarily in the cities of Kitchener, Waterloo, and Cambridge.

Rapid transit, Grand River Transit and MobilityPLUS users could all use the card, which would be tapped on a reader as payment. Whether to go with a card that must be pre-loaded or one which bills back to a user’s account has not yet been determined. Staff members are still gathering information, exploring what each of the systems available has to offer. One consideration will be the Presto system procured by the province and offered by Metrolinx.

The PRESTO system has seen its challenges. After numerous delays, Ottawa’s Transit Services (OC Transpo) officials say the system is functioning at 99% efficiency. With PRESTO, instead of buying paper tickets or monthly passes, riders simply get a PRESTO card, load it, and tap it on the PRESTO reader each time they board.

There are about a dozen Ontario cities currently using electronic fare systems, including Brantford, Brampton, Hamilton and Kingston.

Toronto to use contactless public t...