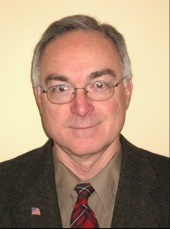 William I. MacGregor, one of the driving forces behind the government’s FIPS 201 smart card specification passed away last week. MacGregor, Ph.D., CISSP, CISA, served the government and private sector for more than 32 years as a technologist and business strategist, focusing on identity management and enterprise security solutions.

MacGregor joined the Computer Security Division, Information Technology Laboratory at the National Institute of Standards and Technology in 2006, where he served as NIST PIV Program Manager and contributed to the development of U.S. Federal, national, and international standards related to identification and authentication systems.

“Bill was, not only a true thought leader in his field, but a diligent and considerate partner to his management, to his peers, and to those he mentored,” says William C. Barker, NIST’s ITL Cybersecurity Standards and Technology Advisor. “His co-workers, NIST, and the nation will miss him as a person and a scientific leader.”

In this capacity at NIST, he served as an early visionary for the National Strategy for Trusted Identities in Cyberspace and acted as the lead for FIPS 201-2. He served as the Identity Management Systems Program Research & Development co-lead research on Secure Biometric Match-On-Card authentication and with colleagues on symmetric key injection to smart cards.

MacGregor received his undergraduate degree in Mathematics from Stanford University, and a PhD in Computer Science from The University of Texas at Austin.

A memorial for MacGregor is scheduled for Wednesday, Aug. 29, from 2 pm to 4 pm ET at the Devol Funeral Home at 10 East Deer Park Dr., Gaithersburg, Md.