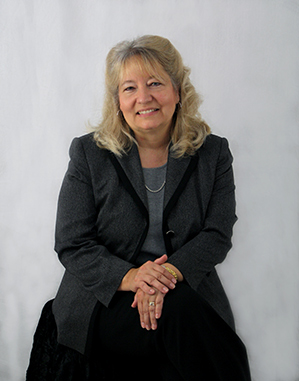 Cathy Tilton has been in the biometrics industry for more than 20 years, though she’s always worked in non-traditional fields. “I majored in engineering in college in the 70’s, a time when there weren’t many women in the field. Then I went in the Army, where I was an officer. It was a male dominated environment at that time, never mind working as an engineer in industry,” Tilton says. “I’ve always found that if you focus on your work, if you see yourself in that light, that others will see you the same way.”

She recently joined Virginia-based Computer Sciences Corporation (CSC) as chief technologist for biometrics. Prior to that, she was vice president for Standards & Emerging Technologies at Daon. She served as principle investigator and project manager for Daon’s NSTIC pilot, delving into the use of mobile biometrics for strong online authentication in a federated identity environment.

Tilton’s career veered toward biometrics in the early 90’s while she was putting her systems engineering background to work on complex defense systems for Unisys. “The FBI was seeking to create the Automated Fingerprint Identification System (AFIS). We were one of the three teams that were contracted to develop prototypes for AFIS. So that’s how I put my foot in the water,” Tilton says. “I found it extremely interesting and learned a whole heck of a lot about fingerprinting during that project.”

She went on to join small companies working in the biometric space – both government and commercial – on a wide range of applications from computer logon apps to a large national ID system. She has seen tremendous changes in biometric technology and says it took longer than expected for the industry to take off. “I remember from the early days back in the mid to late 90’s, there was a lot of hype around the technology,” Tilton says. “It was disappointing in many cases because it took a while to build up to where we are today.”

Tilton counts as her accomplishments:

Her new role as a biometric subject matter expert for CSC is a departure from her years with a commercial product company.  “In a way I’m moving back to my roots both from an engineering point of view and also from a broader biometric technology point of view with the type of applications that I’m looking at,” Tilton says. “So I just see myself continuing to support CSC’s customers and the industry in that way.”