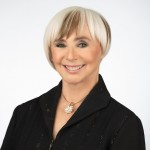 It was late 2004 when Tovah LaDier was engaged to help manage and direct the International Biometrics + Identity Association (IBIA). Prior to that, she didn’t have any exposure to biometric technologies, having spent time practicing law and running a Washington DC think tank.

But the timing proved fortuitous. The biometrics industry was at an interesting point and LaDier helped advance the conversation and educate policy makers and the public about its benefits. “The discussion around the technology has evolved from a focus on explaining how the technology works to a far more sophisticated discussion around use cases and solutions that benefit end users and society. Back then no one dreamed the technology would evolve to touch millions of ordinary people through integration into smart phones or as an integral part of other devices that enhance security and convenience,” the managing director at the IBIA explains.

Biometrics and privacy is still an area that requires a lot of education and outreach by IBIA. LaDier points to a recent discussion at the Future of Privacy Forum of biometric use by the United Nations High Commission on Refugees. The UNHCR is enrolling refugees’ face, finger and iris biometrics for identification and then enabling them to purchase food and other supplies at nearby stores. They authenticate their identity with the biometric to make purchases using electronic funds allocated to their account.

Some were critical of this use case because the refugees didn’t have the ability to opt out. But most agreed that this is a valid use case because it enables someone who needs assistance to get it and potentially stop abuse or fraud where an individual receives multiple benefits for which they are not entitled.

Washington DC isn’t a static population of policymakers so lawmakers and others in government need to be kept up-to-date on the latest technology and application developments. LaDier’s association does that through white papers, webinars and informational meetings.

One of her accomplishments is bringing new members to IBIA that broaden the conversation. “At the outset, the IBIA membership was comprised primarily of developers and manufacturers of the technology,” she explains. “Now, the diversity within the association has been expanded through the addition of system integrators, solution providers, consultants and users of the technology. This gives IBIA the ability to expand the discussion of how the technology can be applied to solve important identity-related issues and concerns.”

“We need a much broader understanding of the technology and issues at stake,” LaDier says. “It’s not just about matching accuracy; we also have to understand and address what the end users need in real world applications as well as the needs of society.”