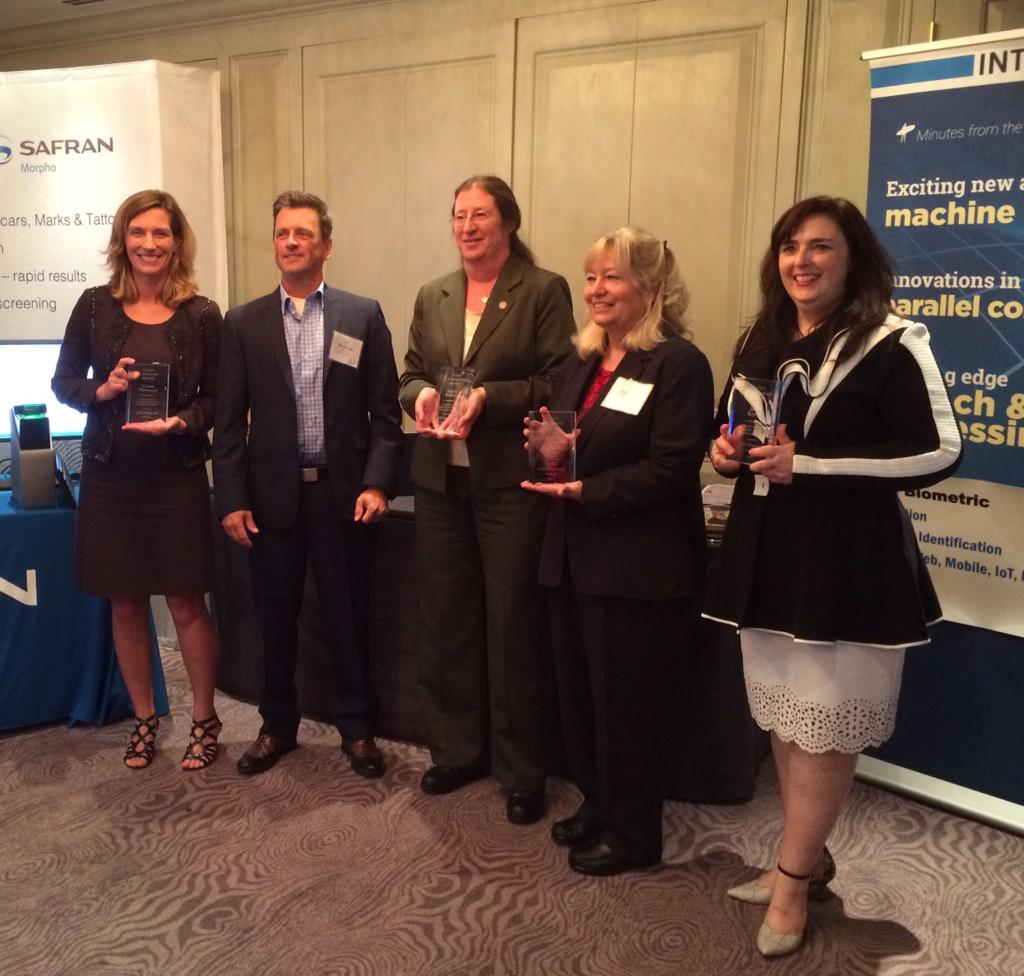 AVISIAN Publishing – publishers of re:ID magazine and SecureIDNews — is pleased to announce the winners of the inaugural Women in Biometrics Identity 2015 awards. The awards were presented at the Borderpol North American Meeting on Sept. 10 at the DuPont Circle Hotel in Washington, D.C.

The judges ultimately selected five awardees from more than 50 nominations received. The winners are:

“It was a true pleasure to oversee this inaugural award process and learn about the tremendous achievements and contributions from the 50-plus nominated women,” says Chris Corum, executive editor and publisher, AVISIAN Publishing. “The final awardees exemplify the best attributes an industry can hope to find in its leaders — innovation, dedication and a mentoring spirit.” 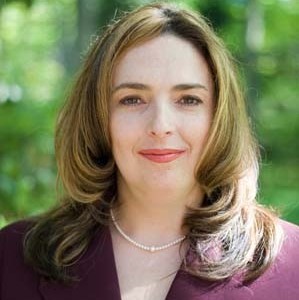 re:ID: Describe your career in biometrics:

Kephart: My career in identity issues began in 1998, when I drafted what became the updated federal criminal identity theft law while working on the Senate Judiciary Committee on Technology and Terrorism. It took the crime from paper only, to digital. In 2004, I served on the 9/11 Commission staff where one of our key terrorist travel recommendations was to support the U.S. government’s development of “assuring a person is who they say they are.”

Our findings gave birth to the term ‘terrorist travel,’ and supported the development of biometric border protocols including the vast expansion of US-VISIT, now Homeland Security’s Office of Biometric and Identity Management. We considered, even then, that biometrics were a great way for creating both security and facilitation at borders.

Kephart: I have tried to bridge the gap between policy and politics, between vendors and government and the media. My entire career – with the culmination of the founding of the Secure Identity & Biometrics Association in 2013 – has been devoted to educating Congress, the media and others about the value of assuring identity via biometrics, often set within the backdrop of border security.

Within SIBA, we have established the notion of a public-private partnership with government, and particularly Homeland Security, which was nascent at best even a year ago. We want government to know that as an industry we are keen to support and help them, and we have as an industry the sophistication to create protocols that respect and enhance security, facilitation and privacy. 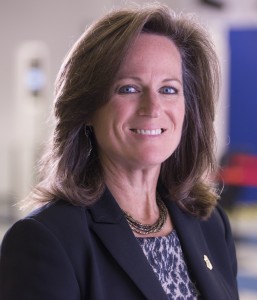 Mills: As the director of the Entry/Exit Transformation Office within the Office of Field Operations, U.S. Customs and Border Protection (CBP), my office is responsible for the implementation of advanced biographic and biometric solutions to facilitate legitimate travel and enhance security at our ports of entry. I have spent more than 24 years in the Department of Homeland Security and its predecessor agencies implementing mission-critical programs. Eleven of those years have included critical programs utilizing biometrics.

In 2004, while at the U.S. Visitor Immigrant Status Indicator Technology (US-VISIT) program, I defined the inaugural biometric identification and verification program for border clearance processing. As the director of Traveler Entry Programs at CBP, I continued my role as the biometrics liaison. During this tenure, I was the operational lead for the conversion from two index fingerprint biometric processing to a full ten-print enrollment with a subsequent four-print verification for foreign nationals arriving at our U.S. ports of entry.

In 2013, Congress transferred the biographic and biometric Entry/Exit mission from US-VISIT to CBP at which time my current office was established. Presently, my office leads the implementation of this complex mission. We are transitioning from sustaining the biometric status quo to a role of innovation by redefining how new biometric technologies can be integrated into current and future CBP operations across the nation’s ports of entry enabling travel flow and enhancing security.

Through my career, I have had direct influence with how the world views biometrics and have established that biometrics provide a level of assurance that is unobtainable through human observation alone. 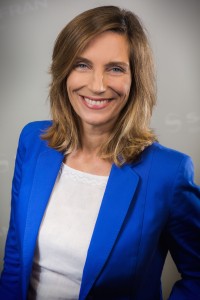 Thomasson: During my tenure as general counsel for SAFRAN USA, I played a significant role in the industry’s largest biometric company acquisition. In 2014, I accepted the position of President and CEO of MorphoTrak. Now, I am committed to driving innovation and excellence in biometric technology, and my immediate focus is to make MorphoTrak the leading biometric innovator in the U.S.

My interest in biometrics dates to the early 2000’s, when it was clear to me that the science had applications to daily life, such as securing personal identity to protect financial and medical information, as well as business and civil applications, such as access control, border control, law enforcement and public security. So I have been watching the development and potential of biometrics for a very long time.

Thomasson: As SAFRAN USA General Counsel, I had the opportunity to be part of the management team dealing with SAFRAN’s acquisition of the L1 Identity Solutions. Today, my primary contribution is to refine MorphoTrak’s focus on advancing biometric technology. We have accomplished this by expanding internal expertise and academic partnerships, sharing industry knowledge, and delivering groundbreaking products and solutions.

Tilton: I have been involved in biometrics for more than 20 years. It all began when I was with Unisys and we built one of the prototypes for the FBI’s AFIS. From there I joined SAFLINK (then NRI) where we pioneered low cost fingerprint sensors, biometric software development kits, the first biometric login for Windows NT, and a multi-biometric server. We also created a generic multi-modal API, originally called the human authentication API, that was later rolled into BioAPI.

Tilton: At SAFLINK we provided both commercial and government applications – for example, for banking/health care and state benefits programs. Later I moved to Daon where I worked on US-VISIT, TWIC, the Indian UID project, and the National Strategy for Trusted Identities in Cyberspace, among others, along with work in mobile biometrics. I now serve as the chief technologist for biometrics at CSC, supporting DHS. Throughout much of this time, I was also deeply involved in biometric standards at ANSI/INCITS, ISO, and OASIS.

Tilton: First, my work in biometric standards spanning 18 years. When I started in biometrics, there was only the ANSI/NIST-ITL standard. Now, there is a portfolio of national and international biometric standards that can be applied. Second, would be my work with biometrics in e-authentication, which continues to be a personal interest and an area that is truly beginning to mature. 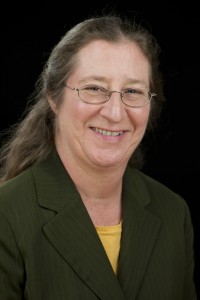 Wolfhope: I am responsible for managing multiple technology programs. I work closely with operational components of the DHS Law Enforcement, Emergency Management and the First Responder Communities. My responsibilities include designing, developing, integrating, testing and deploying biometric technologies directly to the field that positively alter how end-users perform their day-to-day jobs. These technologies make our agents safer in the field and enable law enforcement to solve crimes that may otherwise go unsolved.

I worked for DARPA as a contractor for 20 years, fielding various technologies mainly for Department of Defense. Then one day my 7-year-old daughter was almost abducted and I saw how technology could aid agents and knew I had to step up. This was a turning point in my career. I started working for the National Institute of Justice and found my contributions to the law enforcement community most rewarding. When a biometrics program management position opened up at DHS S&T, I jumped on it. I’ve been working in the biometrics field ever since.

Wolfhope: This is a hard question to answer. If I had to pick one contribution, it’s developing and deploying biometric solutions to identify really bad people so agents can bring them to justice.