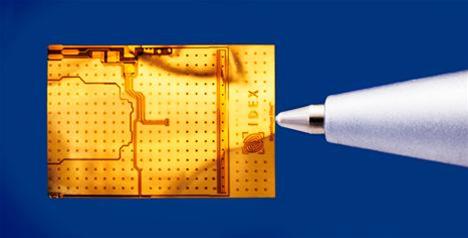 The deal has a potential value of around $14 million and will aid in the development of biometric security locks for use on  luggage. The partner has thus far remained anonymous.

IDEX’s SmartFinger fingerprint sensor and supplementary software will be  integrated into electronic luggage locks and act as a substitute for keys or PIN codes. Users simply register their fingerprints directly on the lock— which unlocks only when an enrolled fingerprint is applied to the sensor.

IDEX’s commercial agreement further exhibits the acceptance of fingerprint  biometrics as a standard for personal security in an ever-growing number of  applications.

The commercial agreement outlines volumes to be delivered during the  second quarter of 2013 with significant increases expected in 2014. Final  shipment volumes will ultimately depend on consumer demand, but IDEX expects unit production to reach the multi-millions.