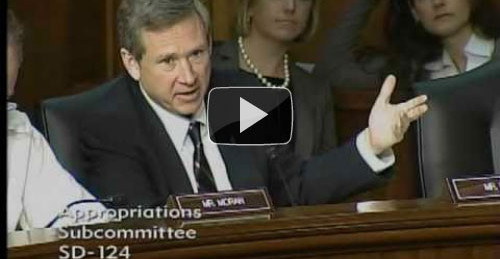 The HHS budget requests $580 million fraud prevention, Kirk said during the hearing. He added that one thing that could be done is to offer seniors a new Medicare ID card with better security so the cards can’t be as easily counterfeited.

Most Medicare cards don’t have any security features, just the patient information printed on the card, though a pilot in Indianapolis is issuing a card with a magnetic stripe. Kirks says this technology is “outdated” and can be replicated for $30.

Kirk says HHS should look at the U.S. Defense Department’s Common Access Card as a model for a new Medicare ID. He says the DOD has spent an average of $8 to issue smart cards to soldiers and personnel. Instead of HHS paying for the new cards, Kirk suggests that they be offered to seniors who would then pay the $8 and receive extra identity theft prevention.

Sebelius and Kirk’s staff were going to meet to further discuss the project.