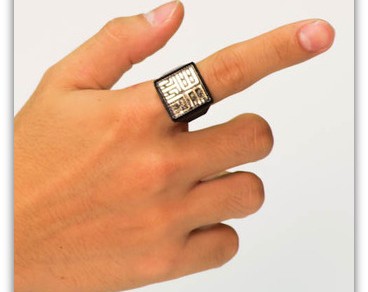 Undergraduate students at Massachusetts Institute of Technology have developed a wearable alternative to smart cards. The group came up with the Sesame — as in “open sesame” — ring for use on the Massachusetts Bay Transportation Authority system.

Commuters simply tap the ring in the center of the card target, much like their existing Charlie Card. The ring’s 3D-printed design, already approved by the MBTA, enables user preference including customized face designs as well as color selection.

In April 2013, the students proved reliability of the ring by testing it in collaboration with partner college, the Singapore University of Technology and Design. The university ordered more than 300 rings as an inauguration present for incoming freshman. The rings were used to access laboratories, lecture halls, classrooms, and other campus & hostel facilities.

With support from MBTA officials, the students have launched a Kickstarter campaign in hopes to raise enough money and awareness and bring Sesame Ring to the rest of the world – with Early Bird Specials to those who back the project.

The group expects to have enough rings manufactured for the promised delivery date of Christmas.