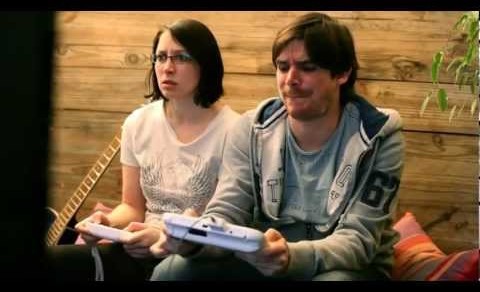 Nintendo has released a new trailer for Rayman showing how NFC will be used to enhance gameplay on the upcoming Wii U game system.

In the trailer (starting at 1:20), you can see a gamer place an NFC-enabled heart figurine on the screen of her co-player’s Wii U tablet controller, prompting hearts to appear in the game and revive their injured characters.

In another instance, a gamer places a Raving Rabbid figurine on his tablet, and they instantly appear in his game as well.

This is the first glimpse of NFC in the Wii U since Nintendo president Satoru Iwata announced the addition of the technology in January.