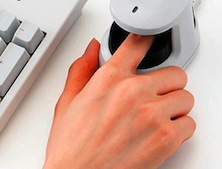 In 2011, this market was valued at $50 million, and it’s predicted to grow to $359 million over the next four years, driven by increasing security concerns from both the public and private sector.

Another key reason for this growth is the push for better productivity and efficiency. Some government initiatives, including the $3.33 billion UIDAI project, are also spurring the sector. Other growth drivers include technology acceptance and ease of usage.

Frost & Sullivan has found that time attendance and access control are the most prominent segments for biometrics readers. Fingerprints are the preferred biometric technology.

The market itself is highly fragmented, with many competitors and contract manufacturers. The report predicts that some consolidation within the market is a big possibility.