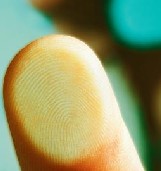 Apple’s decision to include a fingerprint sensor in the new iPhone 5S sent a clear message to competing mobile phone manufacturers and it seems that Samsung and LG will be the first to respond.

Bear in mind that the likes of Samsung and LG are not simply reacting to the release of Touch ID; rather they were beaten to the punch. Patently Apple has kept close tabs on the situation, reporting that Samsung blamed its failure to deliver a biometric-enabled smartphone on sensor manufacturer Validity.

While it’s easy to point fingers, it seems as though Samsung is preparing its own biometric handsets, further supporting the claim that 2014 will be the year of mobile biometrics. Meanwhile, it is being reported that LG is also making biometric strides by implementing fingerprint recognition in its flagship device, the G3.

LG’s fingerprint recognition technology will likely take the form of a swipe sensor, rather than the area sensor system employed on Apple’s iPhone 5S. LG’s G3 smartphone and new wearable technology are expected to be on display in February at the Mobile World Congress held in Barcelona.

LG’s wearable offerings are rumored to include a smart watch – the G-Arch – as well as the G-Health fitness wristband. Both devices are expected to sync with the new G3 smartphone.

Apple should expect to see similar progress from its most direct competitor, Samsung Electronics, whose forthcoming Galaxy 5S is a prime candidate for biometric authentication technology. Yet to be decided is whether the next Galaxy will feature iris or fingerprint recognition.

Regardless of the chosen modality, the race for biometric smartphones is on. Apple may be comfortably ahead for now, but expect more options to come to market in the very near future.

Touch ID-enabled apps starting to a...

LastPass is fingerprint enabled on ...