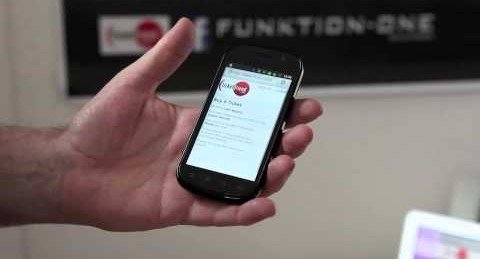 The first of its kind, this end-to-end system allows users to purchase, store and redeem event tickets all from their NFC-enabled smart phone.

The system also allows promoters to target customers with customized ticketing options for their events, as well as connects users through a social media network.

According to Siliconrepublic.com, TicketFriend is testing the system with a number of promoters ahead of a commercial release later this year.

“The TicketFriend solution makes the consumer experience easier, as well as cheaper than rival ticketing options,” said CEO Liam Rabbit. “The best way to build sustainable revenue in events is to tap into customer loyalty, reduce cost and to provide more revenue options beyond the sale of the ticket.”