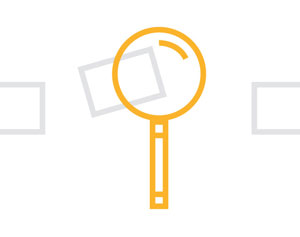 The Transportation Security Administration wants its inspectors to be able to spot fraudulent IDs or boarding passes without using a magnifying glass. To that end, the TSA has initiated a pilot program to test technologies supplied by three companies. The end goal is for inspectors to spot fake documents via electronic scanning.

These airports were selected because each has the capability to screen mobile boarding passes and both domestic and international travelers, says Ann Davis, TSA public affairs.

In October 2011, TSA awarded $3.2 million in contracts for technologies to detect fraudulent documents.

Each airport will receive six detection units, two units from each vendor.

“The credential authentication technology (known as Credential Authentication Technology-Boarding Pass Scanning Systems) will automatically verify passenger boarding passes and identification presented to TSA by passengers during the security checkpoint screening process,” says Davis. “The technology scans a passenger’s boarding pass and photo ID to automatically verify that the names on both documents match, as well as ensure the authenticity of the documents,” she adds.

Authenticity of both the boarding pass and photo ID is ensured by analyzing each documents’ embedded security features.

“This technology offers another layer of security at the checkpoint that can deter and detect individuals who might attempt to board an aircraft with fraudulent documents,” she adds. All passengers are also vetted against watch lists through TSA’s Secure Flight Program before they’re issued a boarding pass.

When implemented, the new program will replace the time-consuming check-in process inspectors have been using since 2007 that involves “visually inspecting the documents and using magnifying loupes and black lights to identify fraudulent boarding passes and IDs,” says Davis.

The pilot, says Davis, is expected to last a couple months. “Throughout this time, TSA will be collecting data and will monitor its function during pilot testing to determine whether it is a viable option for deployment.”