“I came into this field not as an expert in biometrics. My background is in marketing and events,” says Isabelle Moeller, chief executive of the Biometrics Institute and a 2017 Women In Biometrics winner.

Moeller joined the fledgling Biometrics Institute in 2002 to help grow the organization’s membership. The institute shares information and provides guidance in the responsible use of biometrics to and from a global list of member organizations.

There was little Moeller could do to prepare for the job. Google wasn’t rife with results for “biometrics” at the time.

“I guess the reason they took me on was with my skills in relationship building and running a small business and developing the governance around a membership organization,” Moeller says. She set about building contacts and arranging meetings, turning a small Australian company into a global player. 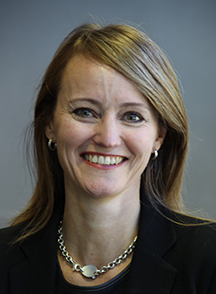 In 2011, the institute opened an office in Europe, and Moeller now runs the company’s international operation from London. The institute has shifted from mainly information sharing and networking to a heightened role in developing best practices around biometrics – facilitated by Moeller. Projects include collaborations established with international organizations like the United Nations Security Council and the International Organization for Migration.

Moeller credits her passion for people – and for doing the right thing – as reasons for flourishing in the biometrics industry.

“The amazing thing overall has been this journey over those 15 years growing this network to 230 organizations that are now coming from 30 different countries. But none of this would have been possible if I didn’t have the trust and support of our board of directors and our committees and our members.

For example, the fact that they let me go off from Sydney to London in 2011 to start expanding the network and to see that even since 2011 the membership has grown – it’s doubled basically in that short period of time. But the greatest accomplishment is probably that I somehow managed to get all these people to come along this journey and being supported by an amazing team here within our own organization.”

Moeller thinks her most significant contribution to biometrics is her work expanding the reach of the institute. “Would people have learned as much from each other without the Biometrics Institute? That is a question that we can’t really answer,” Moeller says. “I think that I have been the person driving this organization along the way. That’s certainly the most amazing feeling that I have achieved – to really connect the industry.”

Women in Biometrics recognizes the efforts of female leaders helping drive the biometric identity and security industry. The five winners for 2017 were selected from more than 100 nominees. Winners will be profiled in the coming weeks and awarded during SIA Honors Night on November 15th in New York City. The awards are presented by the Security Industry Association (SIA) and SecureIDNews.com. Key sponsors include PSA Security and IDEMIA.