The annual Women in Biometrics Awards is now open, and the time is now to nominate your colleagues, clients or even yourself for this great program. Nominations will be accepted at WomenInBiometrics.com through Sept. 28 for this fourth annual installment of the awards program co-founded by the Security Industry Association (SIA) and SecureIDNews. This year’s winners will be honored on Nov. 14 in Manhattan during the SIA Honors Night celebration.

“Each year, SIA’s Honors Night celebrates professionals who are leading the way in the security industry,” said Don Erickson, SIA’s CEO. “SIA is proud to support the advancement of women in biometric identity and thankful to the many female leaders shaping the industry.” 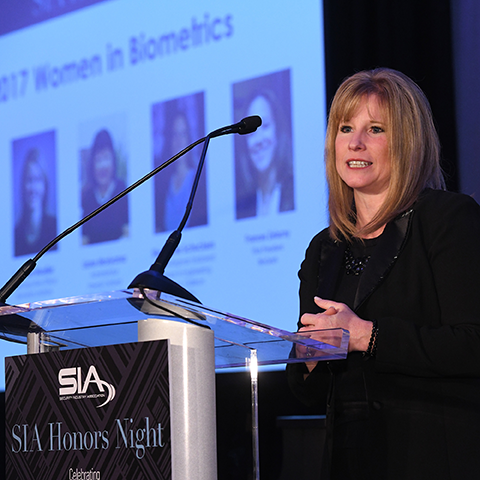 “Past winners are literally the who’s who of the biometrics industry,” says program founder and SecureIDNews Publisher Chris Corum. They include biometric company executives, industry lobbyists, standards creators, association leaders and security practitioners from a variety of organizations spanning industry, government and nonprofit sectors.

Nominees are not required to be employees of SIA member companies; the award is open to all women working in or impacting the field of biometrics. Nominees’ contributions may include:

“When we started Women in Biometrics awards back in 2015, I had no idea how tremendous the response to the program would be,” said Corum. “The role that biometrics plays in modern identity and security initiatives grows year after year and so too does the role that women play in leading this crucial technology sector.”

This year the awards are sponsored by IDEMIA, FindBiometrics, and the SIA Women in Security Forum – organizations that proudly and actively recognize the contributions of women in security and biometrics.

“From face scanning at the airport to iris authentication on your smartphone, biometrics technology is an increasingly prominent part of everyday life. And yet half the population – women – are still underrepresented in the industry. This imbalance has real consequences, with an MIT Media Lab study having shown prominent facial recognition systems are more accurate for male subjects than for women, to take one example,” said Peter O’Neill, president of FindBiometrics.

“This award recognizes women who work diligently to expand the understanding, development and widespread application of biometrics for enhanced identity and security,” said Teresa Wu, vice president of IDEMIA Identity and Security N.A. “As a 2016 recipient, I celebrate the accomplishments that women have made in this industry toward a collective goal of leveraging the power of biometrics.”

SIA’s Women in Security Forum is designed to support the participation of women in the security industry. Through programs like a new roundtable series, thought leadership opportunities, professional development offerings and networking events, the forum engages both men and women who share this goal.

Nominations for this award are being accepted through Friday, Sept. 28. Learn more and submit your nominations at WomenInBiometrics.com.