Dr. Stephanie Schuckers is a professor at New York’s Clarkson University and director of the Center for Identification Technology Research (CITeR). She’s also one of the recipients of the 2017 Women In Biometrics Awards.

“My first job as a professor was at West Virginia University, and West Virginia has the FBI’s facility which houses their Automated Fingerprint Identification System (AFIS),” Schuckers says. “At that time, a decision was made at the university to increase their research in the biometric field, and I happened to be the right place at the right time.”

A more senior professor started the CITeR research center at West Virginia University in 2001, giving Schuckers a place to conduct her research and learn about biometrics. Clarkson University became the lead site for CITeR in 2011, and Schuckers took over as director that same year. 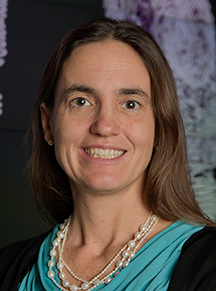 One of the first projects that came through the center was studying fingerprint liveness. That effort led Schuckers to found and become CEO of NexID Biometrics, a university start-up for fingerprint liveness detection that was sold this year to Precise Biometrics. It’s one of Schuckers’ proudest accomplishments:

“The full journal paper (on liveness detection) came out in 2003 and that I think, basically at that time, started a whole new area of research – and I can say we were one of the few people publishing in that area for a number of years.

Then, we realized that we needed to start to transition this technology to the commercial marketplace. Then a lot of other researchers began that, as well as companies incorporating the technology into their products. The market demand began to build for that piece of it.

It’s hard to say what part I’m most proud of, but I think just being part of that – seeing the research plus the commercialization piece … getting that data out there on what live and spoof fingerprint images look like so we can solve the problem more globally, not just our own company.”

Schuckers’ Ph.D. thesis had her working on algorithms that recognized heart arrhythmias for implanted devices. She says her work in biometrics involves similar skills. “You’re measuring something, you’re extracting features from that measurement, and then you’re making a decision. And that’s true for biometrics,” Schuckers says. “I do find it fascinating, taking the measurements from the human body. So that started before I even went to grad school – that interconnection between technology and the human.”

Schuckers and four other winners will be recognized by the Women In Biometrics Awards program November 15th in New York City. The ceremony is part of the Security Industry Association’s SIA Honors Night.

CITeR: Researching the present and ...