Program Manager in Biometrics for the Department of Homeland Security, Science and Technology Directorate 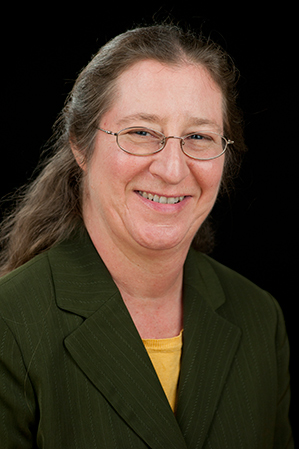 Patricia Wolfhope joined the biometrics industry after her then 7-year-old daughter was almost abducted. At that time she was working at the Defense Advanced Research Projects Agency and was shocked that law enforcement wasn’t taking advantage of the different technologies available to catch perpetrators.

“It blew my mind that state and local police weren’t using technology to their benefit,” Wolfhope says. “I was working with the police and I realized that they were behind the curve on adopting the technology that was out there because it wasn’t ready for everyday use.”

Wolfhope left DARPA and went to work with the U.S. Department of Justice, helping state and local governments better use the science and technology available. “I found it so rewarding to find bad guys using science,” she says.

When a position opened up at Homeland Security in the Science and Technology Directorate, Wolfhope jumped at the opportunity. Since then she’s been focused on enabling law enforcement to use mobile biometrics in a variety of use cases.

One project that she is particularly proud of deals with latent fingerprint and the Stockton, Calif. Police Department. The department is able to use mobile scanners to capture latent fingerprints at a crime scene and get responses within three to five minutes while still at the scene – a process that had previously taken week or months. “This is changing how law enforcement does their job, enabling them to get ahead of the bad guys,” Wolfhope explains.

Another project used facial recognition technology. Wolfhope is creating a system that identifies child exploitation victims in photos and videos that are being transmitted by pedophiles.

Non-cooperative facial recognition systems – like those used to identify abuse victims – are needed to spot individuals for a variety of reasons. “Wolfhope has led the charge when it comes to bringing face recognition automation to front-line investigators who rescue child victims of abuse – typically child pornography – and bring the perpetrators to justice,” says Rick Lazarick, chief scientist for Biometrics at CSC and nominator of Wolfhope. “Her funding has been used to develop enhanced investigative tools, and to annotate video and still imagery of victims and perpetrators.”

In the future, Wolfhope sees additional use of mobile devices to identify individuals. For example, the Science and Technology Directorate created an add-on for a mobile device that will be able to capture iris, face and fingerprints for enrollment and search capabilities. Homeland Security’s U.S. Border Patrol will use this system to enroll illegal person crossing the border and then track prisoners in a detention facility.

There was the possibility of there being up to 1,000 prisoners in different areas and they had to be moved to clean cells or conduct other activities. This device was used to keep track of the prisoners and make sure they were in the right place.

Similar systems can also be used to identify guards. Often after a prison riot, guards will be attacked and prisoners will take their uniforms and try to escape. This type of system can confirm a guard’s or prisoner’s identity.

These mobile systems involve a commercial off-the-shelf tablet outfitted with a sleeve that added the biometric functionality, says Lazarick. “In one instance, the sleeve includes a PIV reader and fingerprint sensor and supports a three-factor authentication time and attendance system,” he adds. “In another instance the sleeve will be multimodal, with iris and fingerprint, to augment the tablet’s internal face camera.”

With all these systems it’s important that they work well in the field, something that can be overlooked. Wolfhope works with officers in the field to make sure that these devices work as advertised. “I get out in the field to see the end results and see this technology in action,” she explains. “You can develop a prototype but then you need to take it into the field and make sure it can be used to perform the necessary functions.”