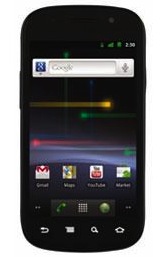 It just got a bit easier for U.S. consumers to get their hands on an NFC-enabled phone.

Originally available only through Sprint, the phone runs on Google’s Android 2.3 ‘Gingerbread’ OS, giving it access to all sorts of NFC-enabled applications, including the soon-to-launch Google Wallet service.

According to Mobiledia.com, AT&T is also selling the Nexus S for $100, slashing Sprint’s price in half. It should be mentioned though that Sprint, unlike AT&T, offers an unlimited data plan for the handset.

Other features of the Nexus S include a 1-gigahertz Hummingbird processor, a 5-megapixel camera and 4-inch Super-AMOLED touch screen display.