Smart cards or smartphones – what will the future look like? 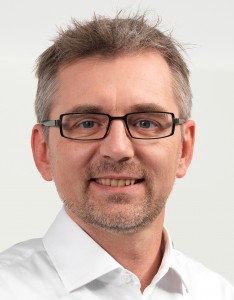 Only a few years ago, nobody imagined that contactless smart cards could ever be replaced. They owed their popularity because of the convenience they offer in security, identification and variety of applications like access control, time & attendance or vending. Nevertheless, their unique position is put into question as today’s smart phones can do more than just writing short messages and making phone calls.

However, let’s start from the beginning. Radio Frequency Identification (RFID) has existed in one form or another for more than 60 years. The origin of RFID is related to a similar technology employed by the Allies during World War II called IFF — Identification Friend or Foe.

After the war, scientists and researchers began to explore the use of RFID to store and relay information. Mario Cardullo’s passive radio transponder with memory, patented in 1973, was the first true ancestor of modern RFID. The first RFID chips that could be implanted into other things were created in 1979.

Only a few years later, RFID became a commercial success and part of everyone’s daily life. In 1992, LEGIC Identsystems Ltd presented smart card technology for access control and identification applications on 13.56 MHz. These 13.56 MHz chip cards are the mainstream today but it is not impossible that they will be partly replaced by more modern technologies.

The next step is the virtualization of cards into software running on devices like smart phones. The availability of mobile handsets with their powerful combination of communication interfaces, computing power and attractive user interfaces have an impact on today’s world of identification. In addition to Near Field Communication, which evolves from an existing use case into the mobile industry, Wireless LAN, Bluetooth and Bluetooth Low Energy are pushing from the consumer market into industrial use.

Communicating via NFC and Bluetooth, smart phones can act as smart cards. So, a smartphone becomes a door opener, mobility ticket, payment tool and much more.

Smart card versus smart phone is a permanent discussion. Both devices have their advantages and disadvantages making them the preferred choice for different kinds of use cases.

On the one hand, mobile ID is a major trend. The advantages of instant issuing of ID rights on smart phones are compelling. Saving costs and increasing convenience by streamlining ID issuing processes are further benefits. Additionally, it is very comfortable to always have all cards at hand.

On the other hand, there are good reasons why companies have a badge in the form of a card. Badges do not only handle access control, vending processes or manage working times, they are even part of the corporate culture. A card with the employee’s picture on it shows commitment to someone’s workplace.

I’m convinced that the two form factors, mobile phones and smart cards, will remain over the next few years. It’s a matter of taste if somebody prefers to have all cards virtually in the mobile phone or physically in the purse.

In the lodging industry we can see how virtual and physical cards compliment each other. For example, a hotel using contactless cards for room access control can easily become BLE compatible. The guests can then book their favourite room in advance and receive the keys directly on their smartphones. As soon as they arrive in the hotel, they are able to open their room by holding their phone at the door reader. They don’t need to check-in at the reception and wait for their physical keys.

However, there will always be hotel guests who don’t possess a smart phone or do not like to use such technology. These people will continue to open their rooms with physical keys. So, the hotel will simply have smart cards and mobile ID.

The market trend definitively leads towards mobile ID as its comfort regarding simplicity, security and sustainability is convincing. However, in my opinion smart cards will not be directly replaced, the two form factors will remain coexistent.